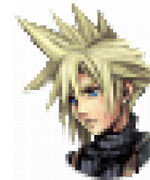 Hi, welcome to Heroes Of Might And Magic! Thanks for your edit to the Peasant(V) page.

ok, i can be an admin, but now as my vacations are nearing to an end, i don't think i'll have that much time as now. I hope that's ok

i don't care much about that

for icon, maybye this one from HoMM III map editor?

hmm.. well i'd like if it contains some attribution of all five Heroes installments. maybye some creatures, or artifacts Solitaire345 14:17, 5 August 2009 (UTC)

hi. i found that i had messed something with navbox. i didn't understand what was wrong with it, so i deleted it and i will make new navbox in a couple of days. while i scrolled through all the pages that contained it, i found that something with reflists also gone wrong. also many pages aren't categorized, so i came to idea: mayvye we can delete all 100 articles in this wiki, leaving only disambiguation pages and main page, and then post all these articles again, immediately categorizing them. p.s. there are some similar categories as well (something like creatures and units - i don't recall exactly) Solitaire345 11:49, 10 August 2009 (UTC)

okay, i'll try to fix everything as it is.

Hi! I would like to propose a merger of this wiki and the Might & Magic Wiki that already covers all the HoMM games as well. Given the upcoming premiere of HoMM6, I think this would benefit the community, as the merged wiki would be a better source of info than two separate ones. Ausir(talk) 22:42, March 8, 2011 (UTC)

Which I believe already happened. I don't edit on here so much, though I am pleasantly surprised to hear about the release of HoMM6. I mostly edit on the FFWiki nowadays. Good luck with the Might and Magic wiki, though! Jimcloud 22:45, March 8, 2011 (UTC)

Retrieved from "https://heroesofmightandmagic.fandom.com/wiki/User_talk:Jimcloud?oldid=4085"
Community content is available under CC-BY-SA unless otherwise noted.